HomeDEMO newsOfferingsBlogSHREE BHAGWAN RAMANA AS THE CULMINATION OF TANTRA ADVAITA

SHREE BHAGWAN RAMANA AS THE CULMINATION OF TANTRA ADVAITA 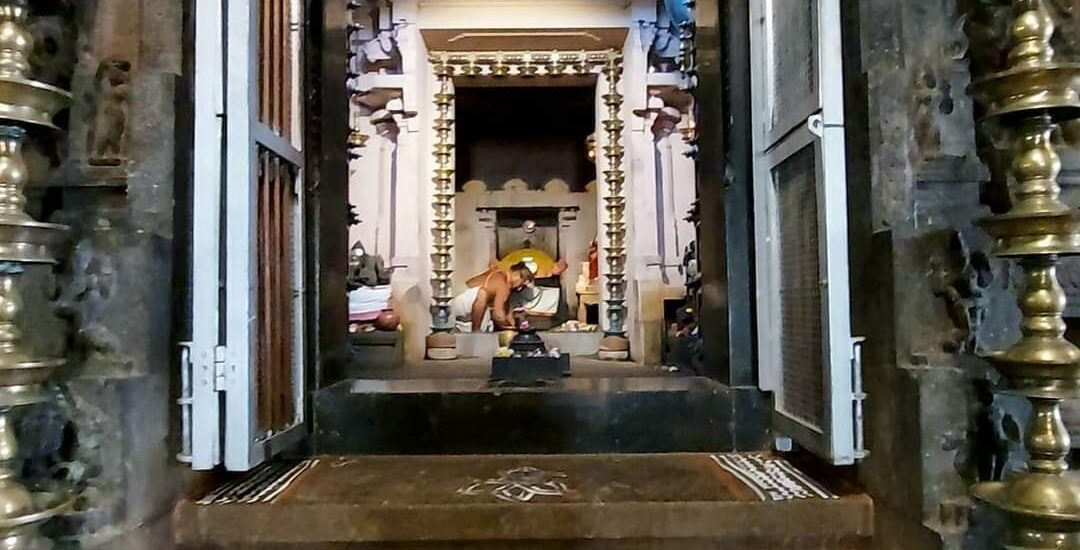 The Bindu of the Shree Yantra of Tantra and the Nondual Brahaman consciousness of Advaita is befittingly one concept and not in contradiction as most of us might believe them to be. Shree Bhagwan Ramana embodies the fused consciousness of Shiva-Shakti as he is the shunyata of Shiva and the purna of Shakti as the ONESELF.

Most of us identify him as the Shiva principle. The intention of this write up is to bring to light his presence as the Shakti form also in his lifetime. He suggested and brought to completion the Matrubhuteshwar temple or the mother’s shrine at ramanashramam where he consecrated the large granite Shri Chakra under his own strict instructions and specifications.

For the ones who found the inquiry part very dry and difficult, he has made available the grace of the compassionate divine mother through his karuna swabhava and through the physical manifestation of this sacred sanctuary for her. This itself is validation that the paths of tantra and Advaita are not in conflict with each other while at the same time they point at the terminal fusion of all paradoxes within the self making the sadhak arrive at the nirgun nirakar nature of his own self.

It is only the pure blessing of the Guru that makes it possible to see him in both the forms alike and understand that he himself is the reflection of this amalgamated consciousness. in this lifetime it is indeed a blessing to have come face to face with beloved Sri Bhagwan who is the archetype of Shiva’s dispassion and shakti’s compassion all at once.

May all know the blessing and may all bask in the bliss of Guru’s grace and the experiential validation within.